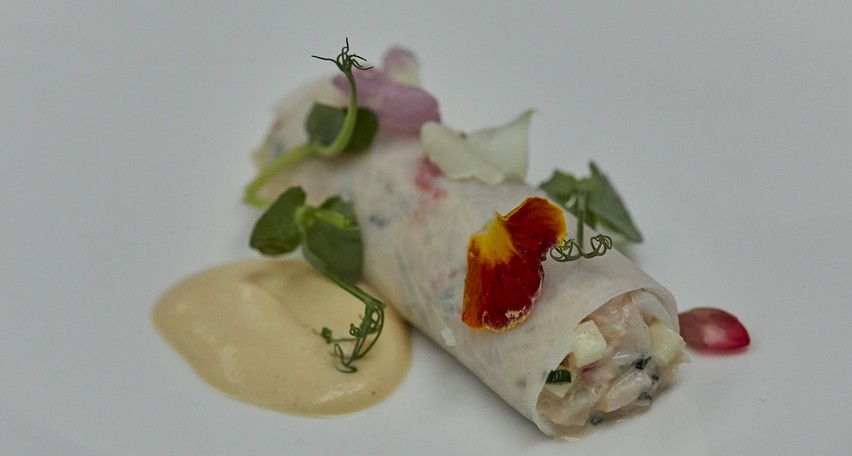 Lobster meat is one of the most refined foods, with its delicate taste hinting of hazelnuts, together with its firm texture. The daikon turnip offers a silky savour and a bit of sweetness. This calls for a strong wine pairing. The firmness and meaty texture of the lobster calls out for a wine with body and freshness. A Chablis Grand Cru, with its appetizing acidity and mature aromas, is the natural choice. A Chablis Grand Cru Blanchot, beautifully acidic, will highlight the silky and sweet savour of the daikon. It will also prove robust and elegant enough to compete with the refinement of the lobster meat.

Cover with wild flowers and drizzle with a little olive oil. 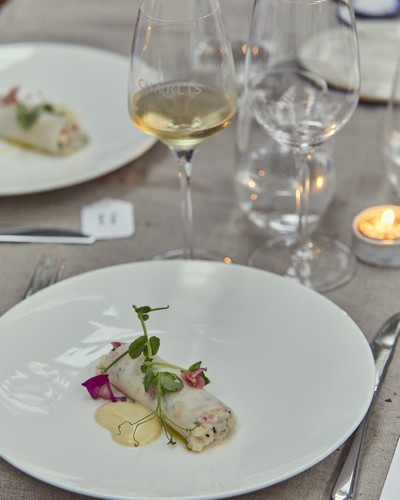 The author of this recipe

After six years working in Michelin-starred restaurants in Switzerland, France and Belgium, Merlin Labron-Johnson returned to the UK to open Portland in 2015. Nine months later, he was awarded a Michelin star at just twenty-four years old.
Merlin Labron Johnson opened a second restaurant, Clipstone, more relax and affordable in august 2016, distinguished by a Bib Gourmand from Michelin one year after opening.
After the success of his two restaurants and a team well in place, the Chef decided to spend more time for charitable causes like “help refugees”. He works mainly in projects that involve feeding people.

A simple or sophisticated aperitif